A light lunch will be served. Reservations would be helpful.

Sorry to disappoint but the evening concert is now fully booked so if you have not reserved a seat then I am sorry that we cannot accommodate you. There is still plenty of room at the morning recitals.

We strongly advice that you reserve seats via our website, for all these events. Thank you! 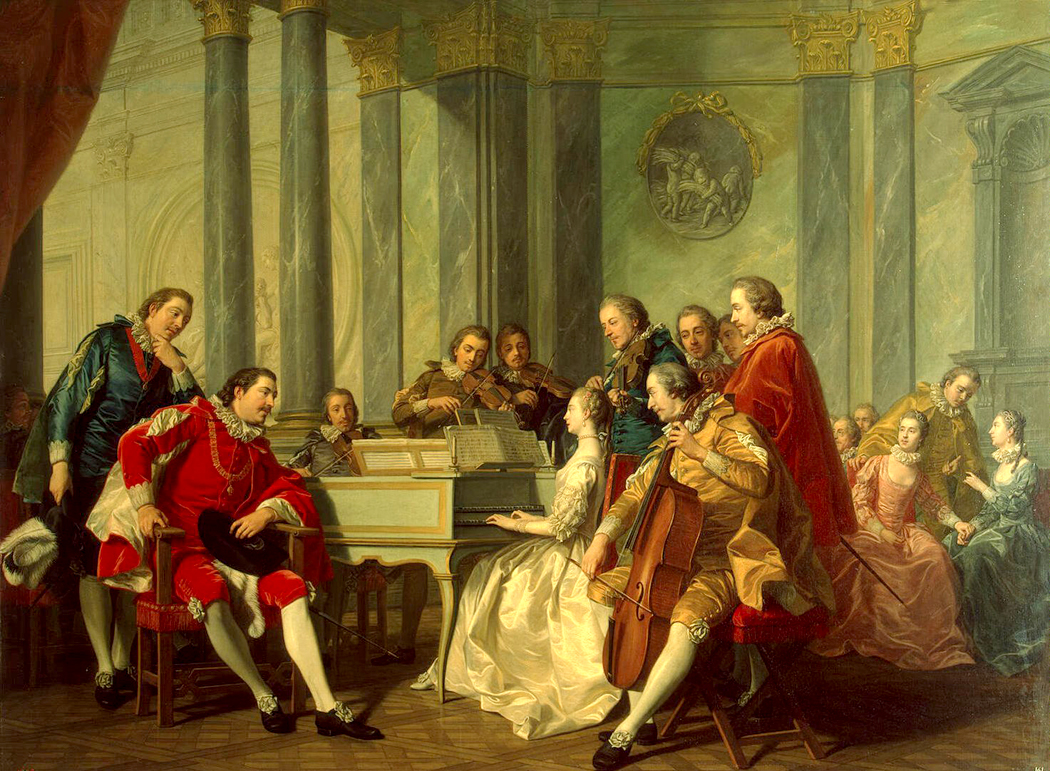 Prelude, Courante, Menuet I and II 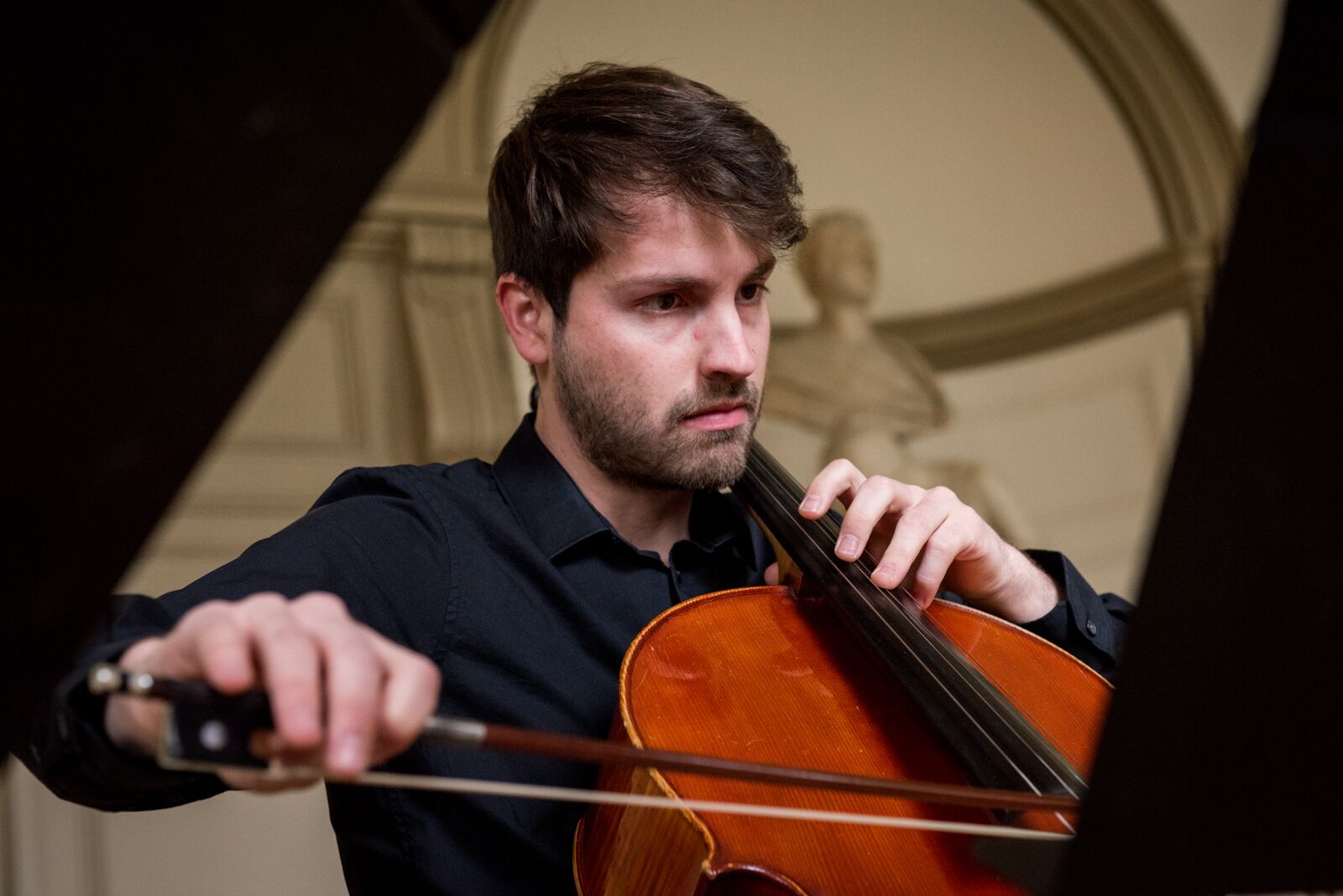 Thibault Blanchard-Dubois is a French cellist currently based in London. He completed his bachelor’s degree in June 2018 at Trinity Laban Conservatoire of Music with internationally renowned cellist David Cohen with whom he is currently studying for his master’s degree.

He was a recipient of prizes and won awards in many competitions: among them first prize at the Leonard Smith and Felicity Young Competition 2019,  the Worshipful Company of Musicians Silver Medal 2019, the Vivian Prindl Outreach Prize for a Professional Skills Project 2018, the Barbirolli Memorial Prize for Cello 2017, first prize at the Vivian Joseph Classical Concerto Competition Concerto in 2016, finalist at The Vera Kantrovitch Solo Strings 2016 and 2017.

He is particularly interested in chamber music and is invited to perform in various chamber music festivals in Belgium (Les Sons Intensifs), Switzerland (Seeklang Concert Serie) and France. He is the cellist of the Effra String Quartet since October 2019.

He is very grateful for being generously supported for his study at Trinity Laban Conservatoire of Music and Dance by The George and Rosina Monk Scholarship and the Alice Scholarship.

Thibault is playing on the precious cello by J.B. Vuillaume dating from 1815. 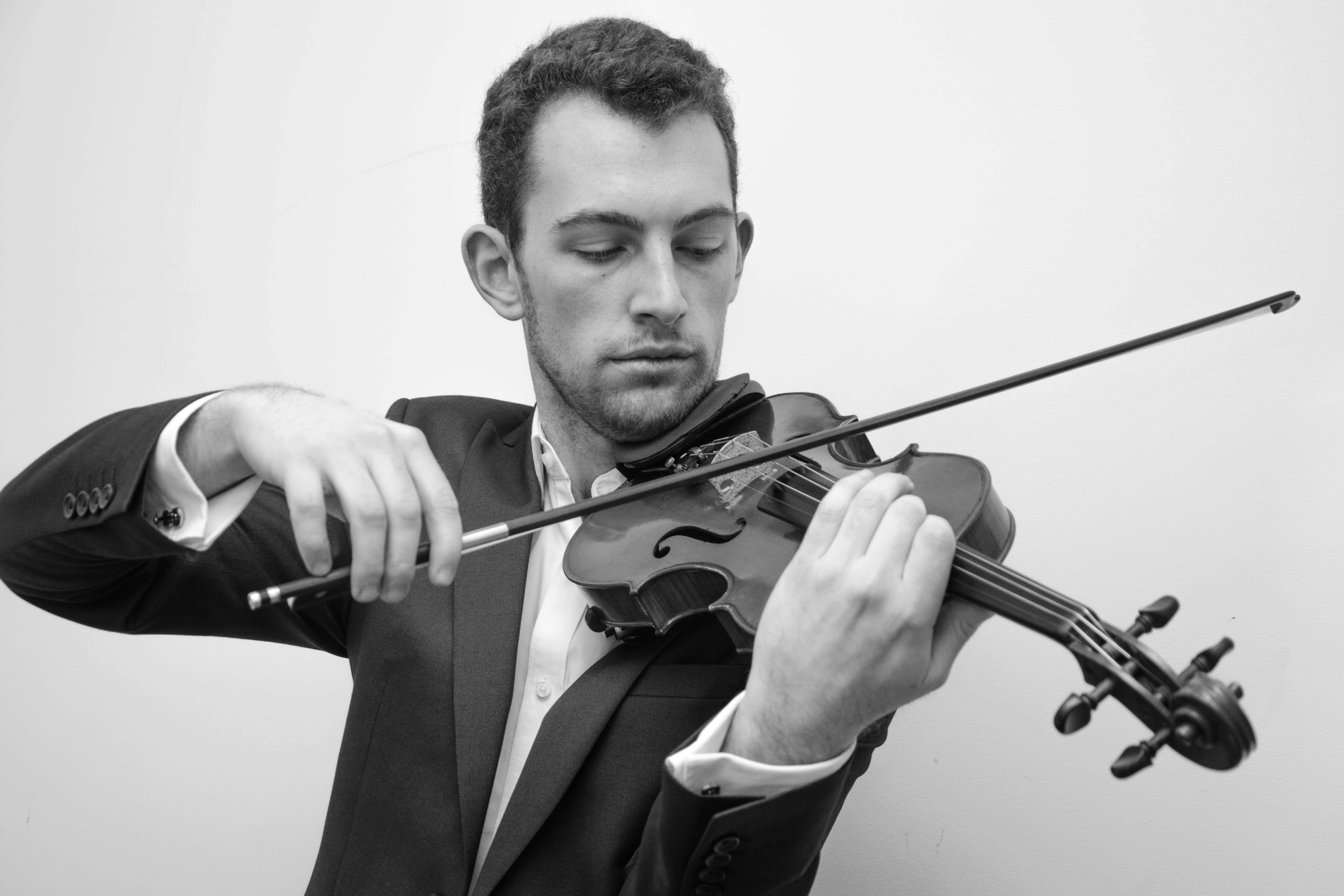 Ben Richardson is London based Violinist, who recently graduated from Trinity Laban Conservatoire of Music and Dance under Mayumi Fujikawa. He is currently studying a Postgraduate Diploma under Lana Trotovsek, kindly sponsored by the Peter Harris Trust, Trinity College London, the Henry Wood Accommodation Trust and the Blue Coat Foundation. He is established in solo and chamber work, receiving many awards including the John Thompson String Ensemble Prize, Byram Jeejeebhoy Prize for Violin, Ben Barnard Music competition award and is in recipient of the Philip Carne Mentorship Scheme for chamber music. Ben is also established as an orchestral musician who has worked alongside musicians from the London Philharmonic Orchestra, London Symphony Orchestra and with the BBC Concert orchestra. 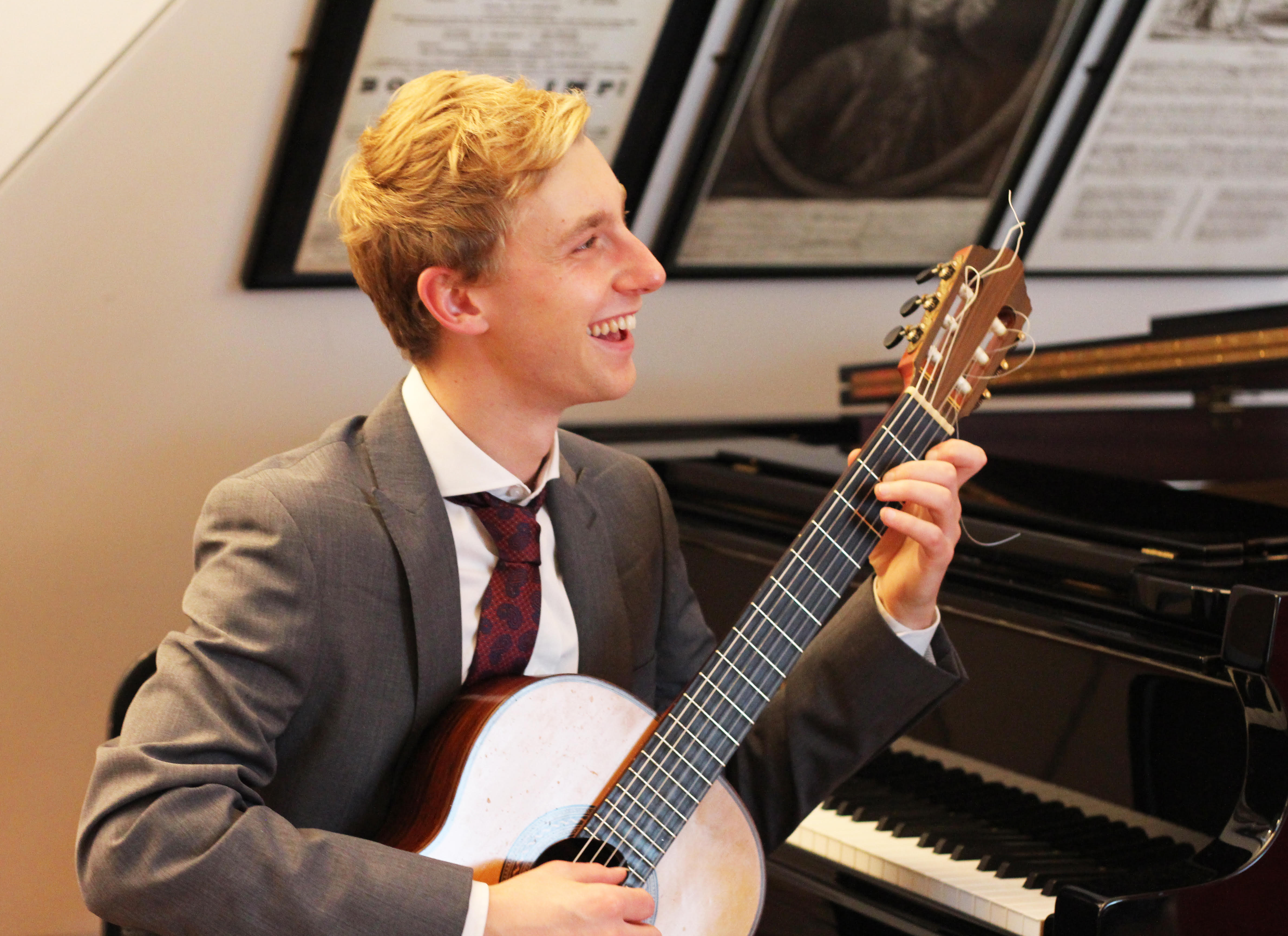 His beginnings were not classical, focused on blues and jazz on steel string guitar which he now brings into his performance through arrangements of minimalist music and improvisation.

Alexander has recently been recorded on bbc radio performing Federic Haas’s rare but beautiful guitar quartet and reviewed in the Times.

Alex is also a founding member of the The London Mandolin Quartet, the only of its kind in the country, which premiered their new Handle and friends Programme at the Handle Hendrix House in Oxford Street.

His new concert programme is built around the celebrated British lutenist Robert Johnson, his own arrangements of Bach and 20th century British music.

He performs regularly with Soprano Alex Sesenton with global music company Sofar Sounds as some of their first classical artists as well as touring southern spain last year with a new Spanish programme. The duo are also undertaking projects featuring Purcell for steel string and Soprano as well as arrangements of Elizabethan music. 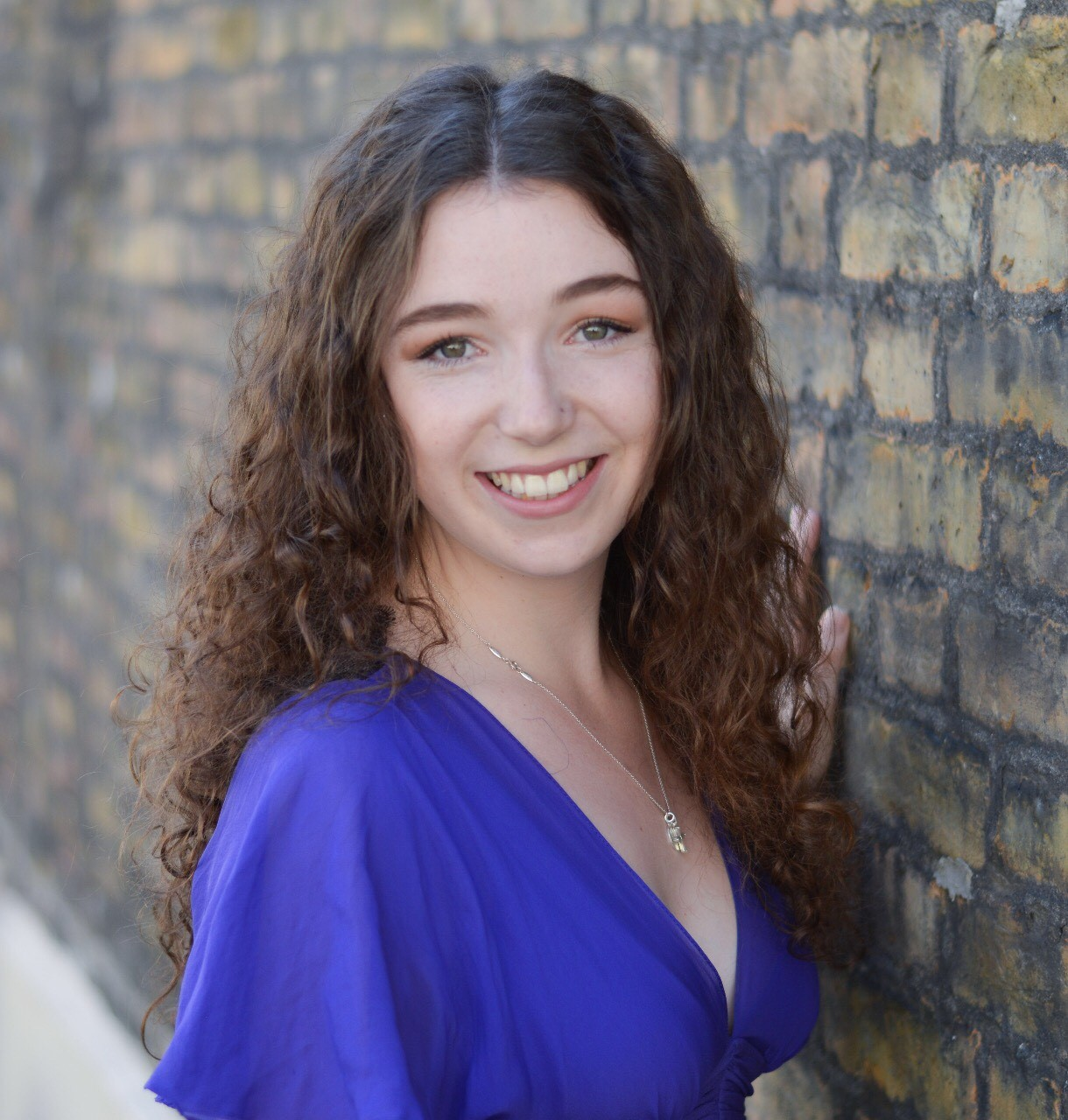 Rachel Ridout, born in 1999, previously studied with Anthea Dwyer at Junior Royal Academy and is currently in her third year of undergraduate studies at the Royal Academy of Music with Mary Nelson and James Baillieu. Within the Academy Rachel is a part of the Bach the European concert series, the Academy Singers Crossing Borders series at the Italian Cultural Institute and regularly sings in the Accompanist @ 5 concerts. Rachel has performed at the Victoria International Arts Festival in Gozo Malta (2017) and for the Godalming Concert Series. She has also sung in a Masterclass to Justus Zeyen and will be singing in masterclass to Helmut Deutsch in February 2020. Earlier this year Rachel participated in a Workshop week with British Youth Opera with Will Kelley and Harry Sever. In June 2018 Rachel was a part of the chorus with singers from the vocal Faculty of RAM for two performances of Schoenberg’s Gurre-Leider with the Philharmonia, in Paris and the Royal Festival Hall.

Recent roles include First Boy from The Magic Flute for the Royal Academy Opera (2019). This year Rachel also sang the roles Papagena and First Lady from The Magic Flute for Uppermill festival (July 2019) and the role of Olympia from Offenbach’s The Tales of Hoffmann with Bedfordshire Youth Opera (2019). Other roles include Dido from Purcell’s Dido and Aeneas in Concert (2017) with Abington Music Society, First Lady in The Magic Flute with the Cavatina Orchestra, Chorus in the Royal Academy Opera Double Bill of Tchaikovsky’s ‘Iolanta’ and Ravel’s ‘L’enfant et les sortileges’. First boy in Mozart’s The Magic Flute (2014), Celia in Gilbert and Sullivan’s Iolanthe (2015) with Bedfordshire Youth Opera. Susanna from Mozart’s Le Nozze Di Figaro and Ino in Handel’s Semele both in scenes.

Originally from Henley, 18-year-old Baritone Michael was a joint principal study singer and composer at the Purcell School for Young Musicians and at the Royal Academy of Music’s Junior Academy. During this time he was taught voice by John Lattimore. Following this he attended a short term music programme at the Guildhall School of Music and Drama where he was under the tutelage of Marcus van den Akker. Michael has been awarded a scholarship to study at the Royal Academy of Music starting this September. Michael will be studying with both Marcus van den Akker and Raymond Connell.

He has performed both in ensembles and as a soloist around Europe in venues such as: the Sagrada Familia, Barcelona Cathedral, Oratorio della Madonna della Misericordia, Wigmore Hall, St Martin in the Fields and the Royal Festival Hall as well as performing as a soloist on multiple occasions for the Tilford Bach Society’s Conservatoire Concert series. Michael has sung in classes with Dame Ann Murray, Sarah Walker CBE, Richard Jackson and Jennifer Hamilton. Michael has been maintaining a busy schedule as a recital singer. In 2019 he has performed a solo recital as part of the Tilford Bach Society’s first ever Bach day as well as partaking in the Music on Mondays charity recital series at St Michael at the Northgate Church in Oxford. He is also the youngest ever recipient of the Most Promising Young Singer award at the Somerset Song Prize where he performed with Francesca Lauri. Upcoming engagements include a baroque recital in Munich with Harpsichordist Alexander Wiegmann as well as his role debut as Fiorello in Scherzo’s production of Rossini’s Il Barbiere di Siviglia and a baritone solo role in a production of Leoncavallo’s Pagliacci. 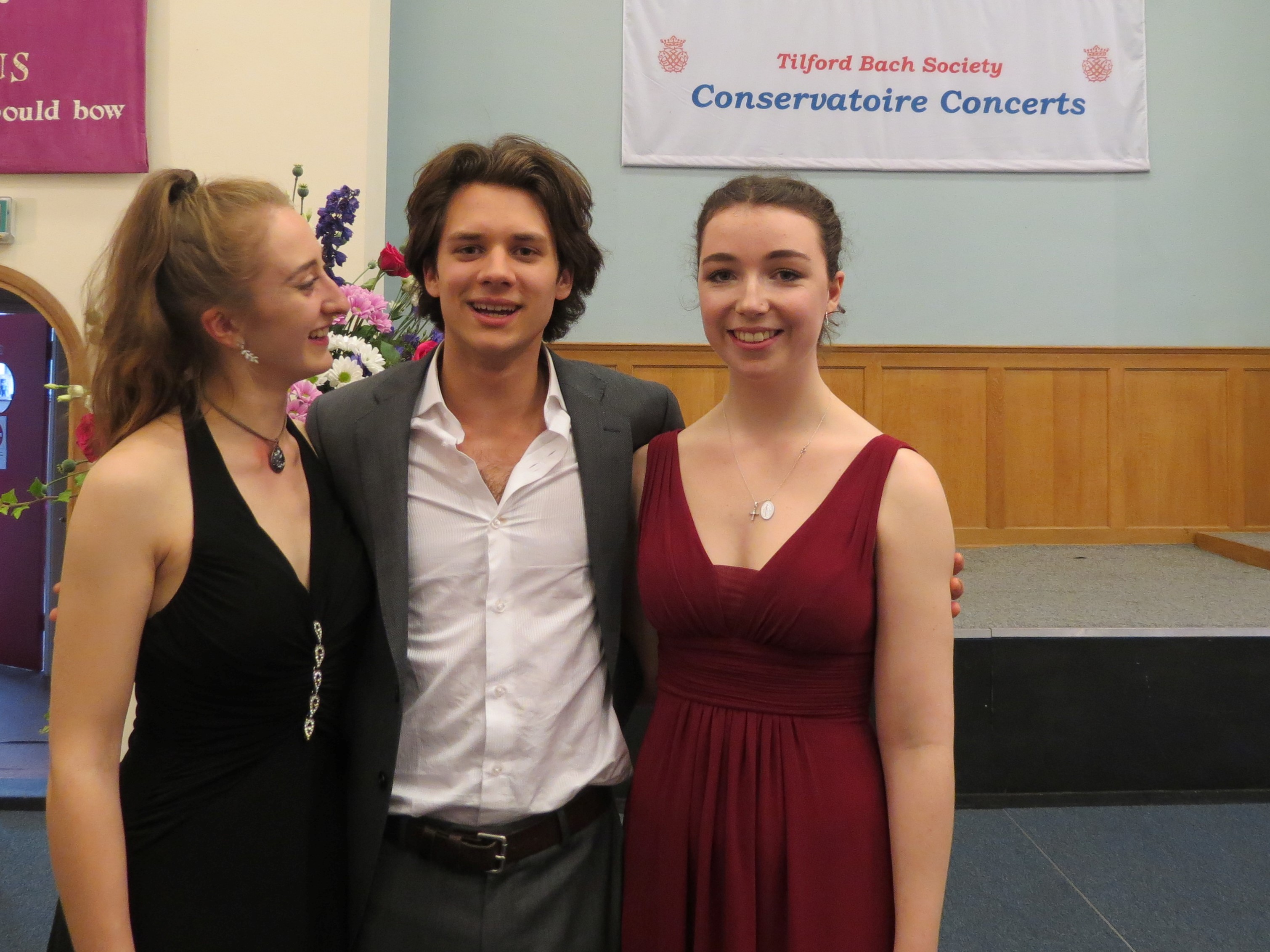 Johannes first started singing as a treble at Hereford Cathedral under Geraint Bowen. As a baritone, he gained a scholarship in 2018 to The Royal Academy of Music, studying with Mark Wildman. In his second year, he was awarded the Jonathan Burcher prize for the highest mark in his year, along with Bulmer’s young musician prize for Hereford and Worcester.

He is a regular recitalist of European song, performing in venues around the United Kingdom including Trinity College Cambridge and St Giles Cathedral Edinburgh. As a soloist, he has performed oratorio including; Mozart’s Requiem, Mozart’s Coronation mass, Brahms’ Requiem, Bach St John Passion, and Handel’s Messiah. Opera roles include the title role in Gianni Schicchi and Aeneas, in Dido and Aeneas, with Edinburgh Studio Opera. He has also regularly featured in St Endellion festival, with roles in, Death in Venice, The damnation of Faust and Billy Budd.

As a choral singer Jo has been involved in the Bach Cantata series at the RAM, under Sir John Butt, and Phillippe Herreweghe. He recently performed the premiere of Sir James Macmillan’s 5th Symphony at the Edinburgh Fringe under Harry Christophers. He sings with the Academy Chamber choir as well SANSARA, and Recordare. 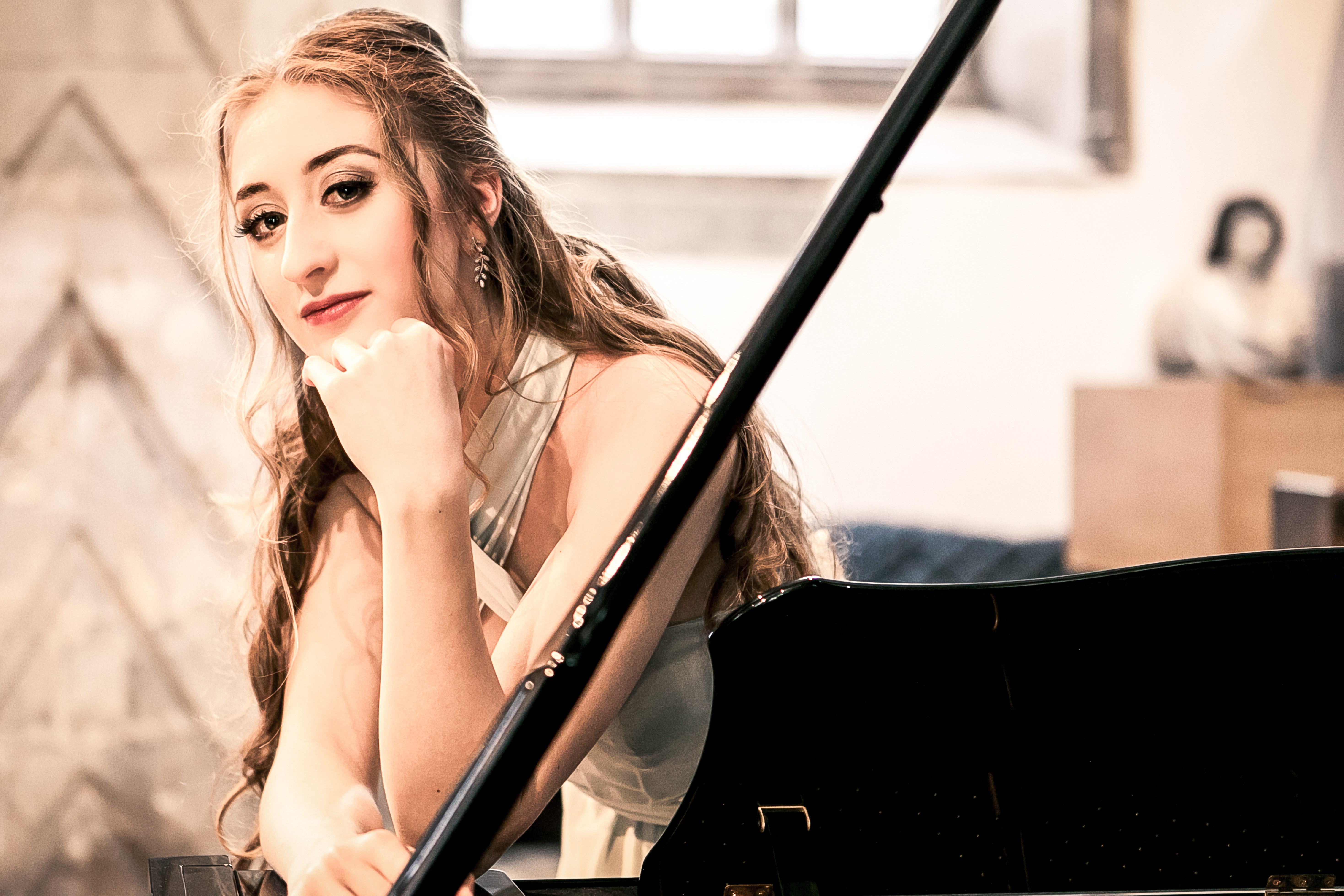 Francesca, born in 2000, is studying at Trinity Laban on the undergraduate BMus piano course. She was the recipient of the Lee Family and Gladys Britton Scholarships in her first year and is currently a Trinity Scholarship Scholar. She is studying with Sergio De Simone, the head of the keyboard department.

Previously Francesca attended the Purcell School of Music where she studied piano with Andrew Ball and harpsichord with David Gordon. During her time at Purcell she regularly performed at the Fazioli Hall in Italy and the Royal Scottish Conservatoire in Glasgow as part of the biannual keyboard festivals, performed solos both outside school and in internal concerts. These include Beaulieu Abbey, Lingfield, Bromley, Leeds International Lunchtime concert series, Goldaming, Oxford. She was also awarded the school’s Leaver’s prize: the Felsenstein Scholarship.

Francesca was the only pianist on the Purcell School Chamber Academy course for several years performing works such as Schumann Piano Quintet and Brahms Piano Quartet. She also was the accompanist for the song class and collaborated extensively with the school’s official accompanists.

In 2016 Francesca performed at the Wigmore Hall both for the Chamber music Coffee Morning Series and later in the year as a soloist. She then returned in 2018 performing in duo.

On the harpsichord Francesca accompanied the school opera productions of Dido and Aeneas and Venus and Adonis as well as performing for several years in the Purcell School Baroque Chamber Ensemble. The Ensemble has performed several times at the Blackheath Early Music Festival, Godalming Baroque Festival and various venues in London.

At present Francesca is collaborating with several singers and recently got commended with Soprano, Bethan Terry, in the Lillian Ashe French Song competition by Malcolm Martineau. She has appeared in several concerts and competitions with singers both in London and nationally. She was a finalist with her regular partner, baritone Michael Temporal Darrell, in the 2019 Somerset Song Competition.

Future engagements will take her to Oxford, Godalming and the Old Royal Naval Chapel in Greenwich.