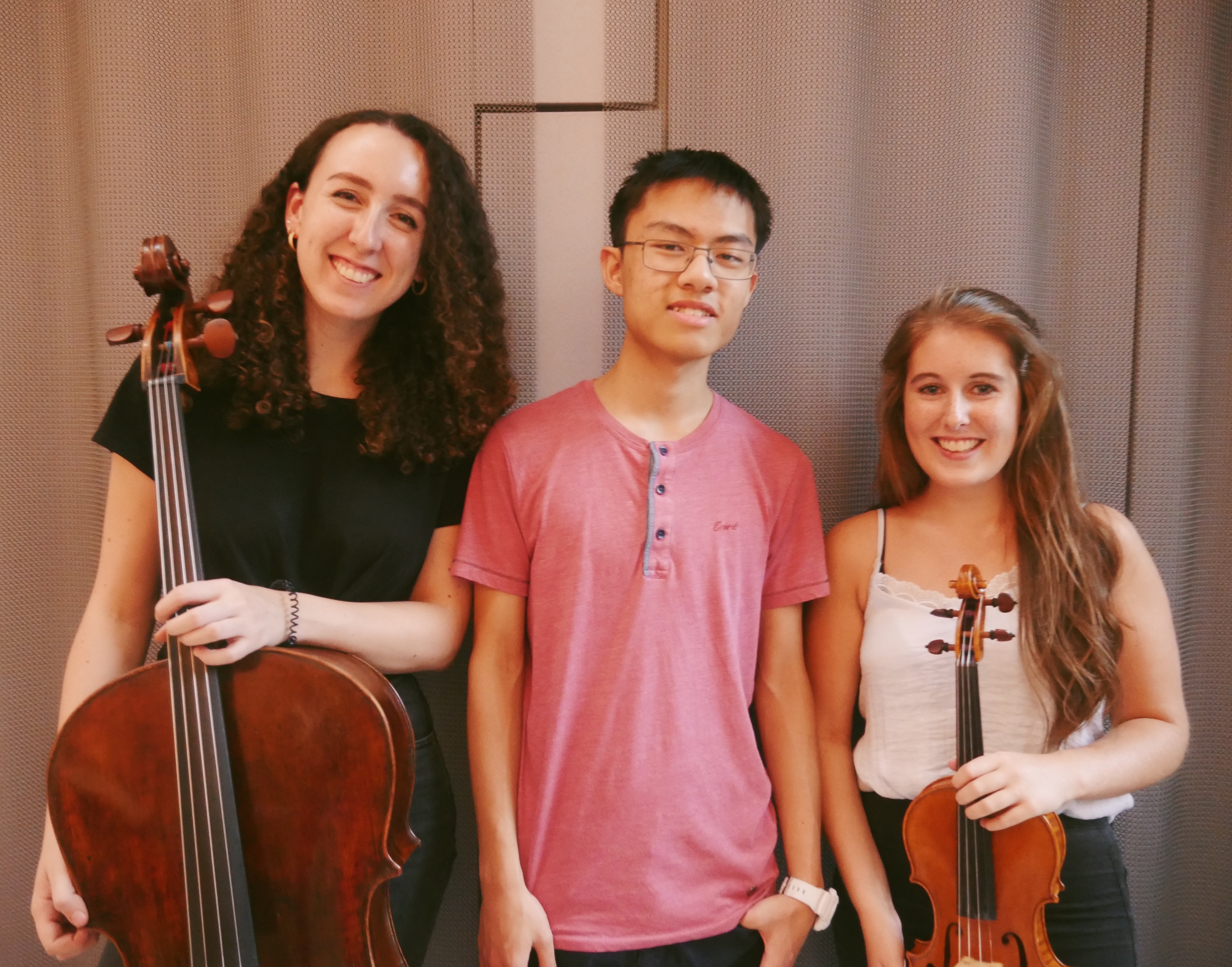 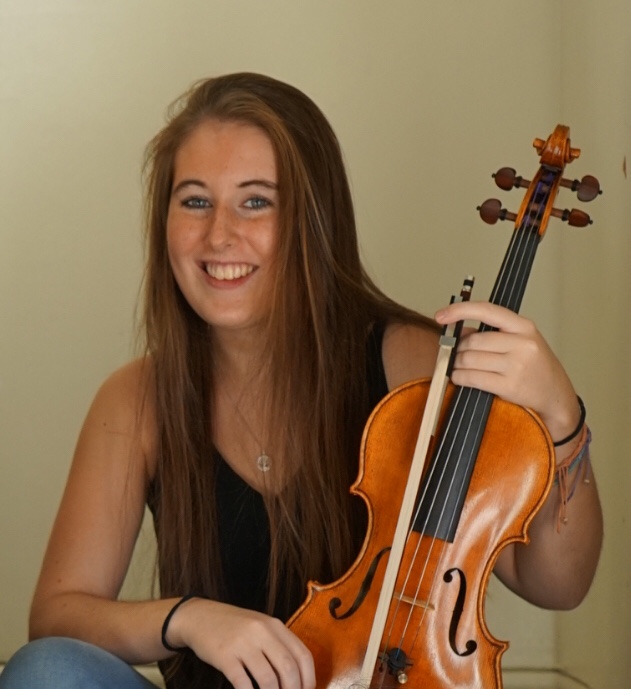 Scottish-Irish violinist Bríona Mannion is currently studying
violin with Maureen Smith at the Royal Academy of Music on a
full tuition scholarship. Briona was born in Perthshire, Scotland
in August 2000 and started playing the violin aged 7. In 2011,
she was awarded a place at St Mary’s Music School in
Edinburgh where she studied with Andrea Gajic and Francis
Cummings.

As a soloist and chamber musician, she has already performed
in prestigious venues such as the The Queens Hall,
Edinburgh,The Glasgow Royal Concert Hall, St Cecilia’s Hall,
Perth Concert Hall,Younger Hall, Brunton Theatre and the
Duke’s Hall. Also as a soloist and chamber musician, she has
appeared at many international festivals including Aurora
Festival(SW), LacMus Festival(IT),Viruoso and Belcanto Festival
(IT),Winterplay(UK), Edinburgh International Festival, RNCM
International Chamber Music Festival and MusiqueCordiale(FR).
Briona was the recipient of a number of awards in recent years.
She has won numerous prizes and awards in the Glasgow and
Edinburgh Competition Festivals and at St Mary’s Music School.
She won 3rd prize in the Young Talents Competition in Italy
which culminated in a performance of Mendelssohn’s Violin
Concerto in Milan. Briona recently received a special mention
and runner-up in the final of the Haslemere String Competition.
In 2015, she formed The Strathearn Trio with her brother, cellist
and pianist Will Fielding.Together, they have performed across
the UK and won both the Leonard Friedman Chamber Music
Prize and the Jo Izzett Chamber Music Prize at St Mary’s Music
School and won the ‘Horace Fellowes Gold Medal’ in the
Edinburgh Competition Festival.
Briona has recently enjoyed leading the String Orchestra at the
Royal Academy of Music, the Vacation Chamber Orchestra and
was recently appointed Co-Leader of the National Youth
Orchestra of Scotland. In 2017, she led the Senior Orchestra
and String Ensemble at St Mary’s Music School as well as the
NYOS Senior Orchestra. She has toured for two seasons with
the National Youth Orchestra of Great Britain as a Wolfson
Scholar, performing with them at the BBC Proms in the Royal
Albert Hall.
Bríona has participated three times in the Edinburgh
Masterclasses with Felix Andrievsky, Nicola Benedetti and
Renaud Capucon. She has collaborated in concerts with the
Chilingirian Quartet and Edinburgh Quartet and has
participated in other masterclasses with musicians such as
Leland Chen, Ezster Haffner, Stephan Picard and Susie Mezaros.
Briona also enjoys playing jazz and folk genres.
Briona is grateful for the support that was given to her
throughout her studies. Her development is generously being
made possible by the Hope Scott Trust, Nicholson Bequest,
Caroline Fitzmaurice Trust and the Donald Dewar Award. 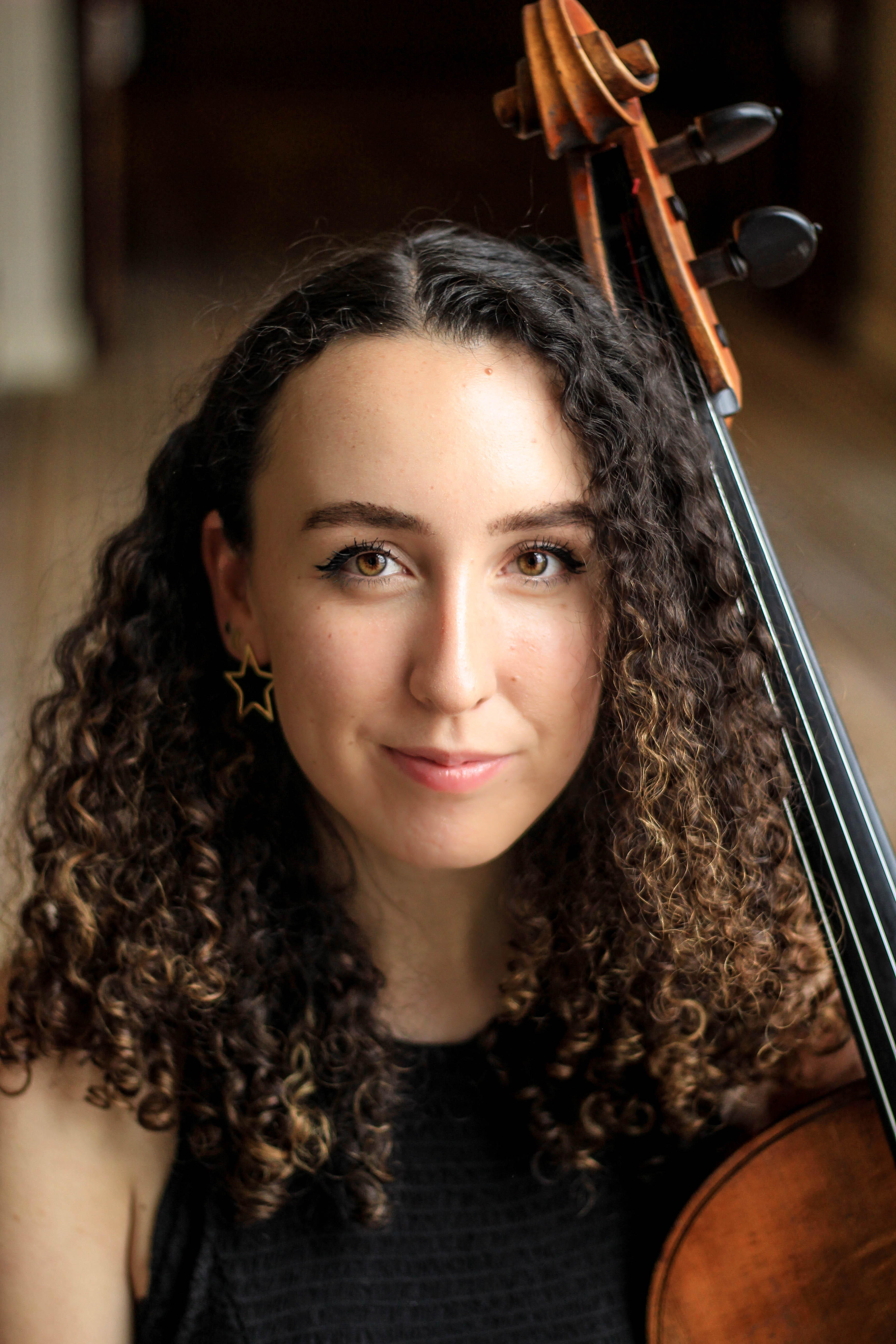 19 year old Shannon Ross is a Mexican-American cellist currently living in London, England. Originally from Los Angeles, California, Shannon grew up studying music and playing piano at age 5. She moved to Sarasota, Florida, and began studying cello at age 12 with Abraham Feder, the former principal cellist of the Sarasota Orchestra and currently the assistant principal of the Detroit Symphony. In 2014, Shannon moved to Boston, Massachusetts to attend Walnut Hill School for the Arts; one of the most prestigious arts schools in the country. While living in Boston, she was featured on NPR’s From the Top with host, Christopher O’Riley, on their Boston show in Jordan Hall, where she also got the chance to perform with the acclaimed string trio, Time for Three.

Shannon currently studies at the Royal Academy of Music in London, England with Josephine Knight. In her first year, Shannon has excelled at Royal Academy and received Second Prize in the Academy’s String Prize Day playing the Barber Cello Sonata.

During the past two summers, she has attended the Aspen Music Festival in Aspen, Colorado, and this last summer she received a fellowship to attend the festival free of charge.

Shannon plays on a cello from 1697 made by David Tecchler. 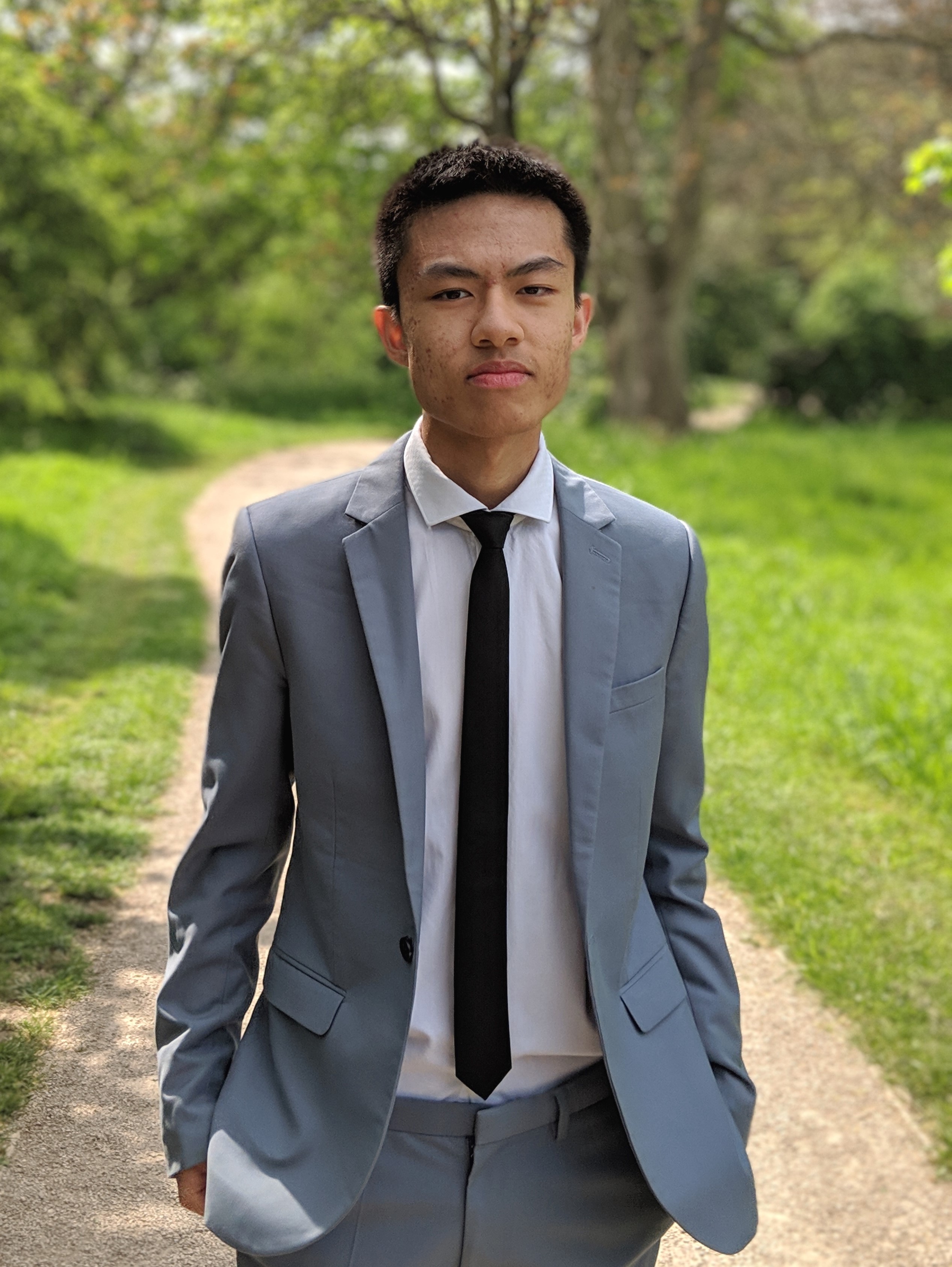 Born in Kuala Lumpur in 2000, pianist and composer Julian Chan currently studies with Ian Fountain and Michael Dussek at the Royal Academy of Music, where he holds the full-fees Benjamin Dale scholarship.

Julian began his studies on piano and composition at the age of 3. In 2011, he continued his studies under the specialist music scheme at Wells Cathedral School, at which he received a full scholarship. There, he studied piano with John Byrne and composition with Paul Whitmarsh. In 2018, he performed Tchaikovsky’s Piano Concerto No. 1 with the Wells Cathedral School Symphony Orchestra.

Most recently, he has won First Prize and Sonata Prize at the Nanyang International Music Competition in Singapore in July 2019, and won Second Prize at the Oxford Music Festival in January 2019. He has also won most of the major solo piano classes at the Mid-Somerset Festival in Bath, including the Piano Concerto category in 2017.

He has received masterclasses from many internationally renowned pianists, such as Christopher Elton, Fali Pavri, Vanessa Latarche, Ronan O’Hora, and Ian Jones.