Welcome to our Site

Welcome to our Conservatoire Concerts web page which we hope will enable you to find out more about our exciting Concert Series.

For details about our live concerts, please visit the Future Concerts page.

During this lockdown we are doing our best to offer you some musical entertainment through our online concerts. You can watch these concerts for free as many times as you like but any contributions are welcome as they will enable us to support our musicinas. Contributions can be made via paypal on the link found on this page or by online transfer using the following bank details and quoting ‘Godalming’ when you make the payment. 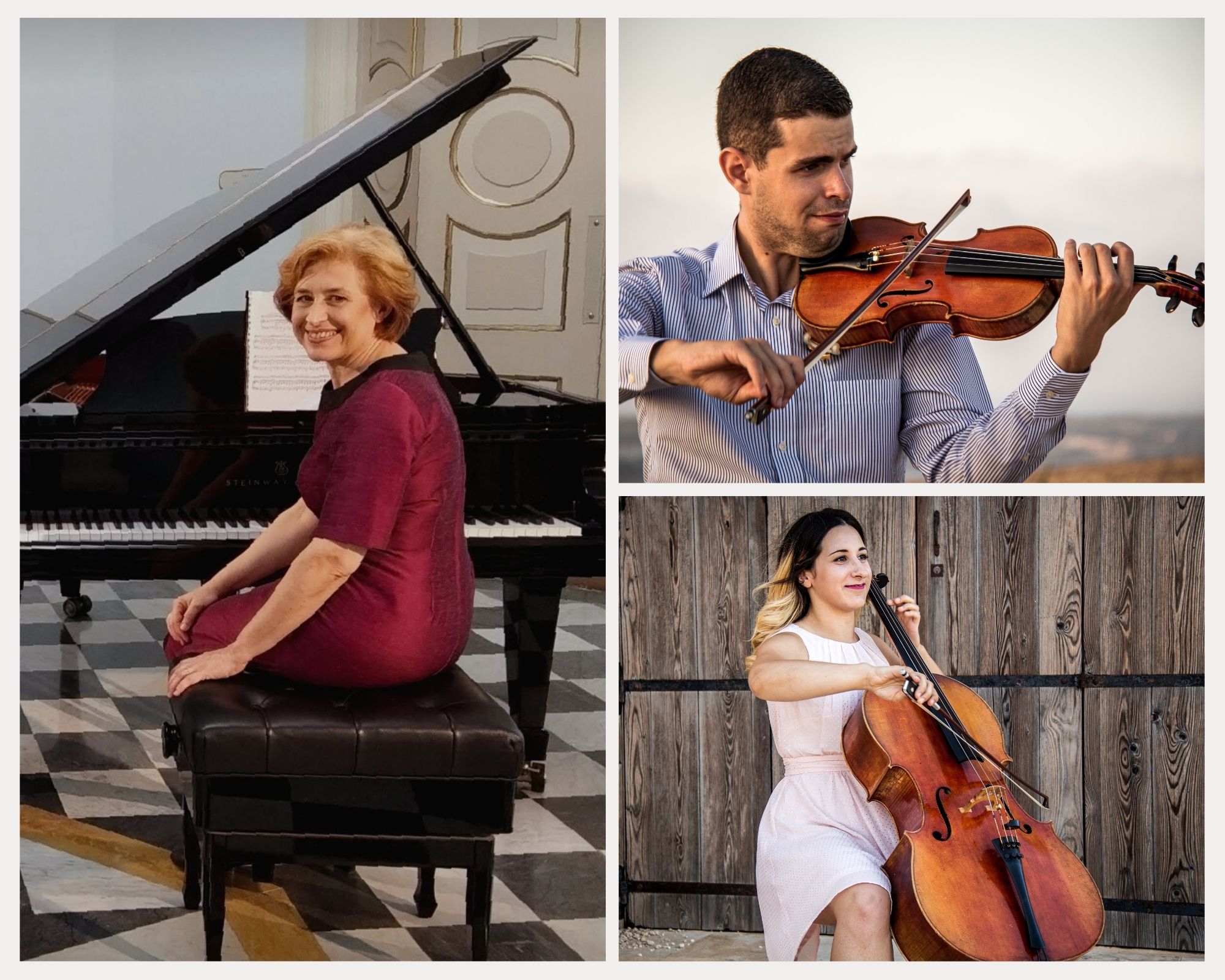 Born in 1995, Stefan Calleja started violin lessons at the age of seven under the guidance of Fiona Giambra, later obtaining the Licentiate of the Royal School of Music through the direction of Mario Bisazza. In 2017 Stefan graduated from the University of Malta with a Bachelor of Arts (Honours) in Music Studies under the tuition of Natalia Filipenko.

In 2020 obtained a Master’s Degree at the Trinity Laban Conservatoire of Music and Dance with Clare Thompson, as a Trinity London College Scholar and Barbara and David Allen Scholar. In 2017-2018, he was on an internship scheme with the Malta Philharmonic Orchestra and is regularly invited to join the orchestra for concerts and tours. He has also performed with a number of orchestras including the European Union Youth Orchestra, Mediterranean Youth Orchestra, European Union Campus Orchestra, Royal Concertgebouw Orchestra (side by side concert), Commonwealth Youth Orchestra, Stoneleigh Youth Orchestra and the University of London Symphony Orchestra. With these orchestras, Stefan had the opportunity to travel around the globe and perform in some of the best concert halls in North America, Europe and Asia. As a solo and chamber performer, he has been invited to play several recitals around the island of Malta as well as touring in Italy as a duo with Desirée Calleja, playing violin and cello recitals in August 2016. In 2019, together with his quartet, Malkonia Quartet, won the first prize in the Sir John Barbirolli Competition 2018-2019.

Since 2013 Stefan has been the concertmaster of the Malta Youth Orchestra. He has also been invited to perform as a soloist on several occasions both with the Malta  Youth Orchestra and the Malta Philharmonic Orchestra. Stefan also had the opportunity to perform in various masterclasses conducted by renowned violinists such as Salvatore Accardo, Carmine Lauri and Natalia Lomeiko.

In 2018 and 2019 Stefan was nominated by the Malta Arts Council as a finalist in the category of Young Artist of the Year. He currently performs on a violin made by Ednei Zuccati which has been generously sponsored by the BOV Joseph Calleja Foundation who together with Janatha Stubbs foundation, the Malta Philharmonic Orchestra Scholarship and the Malta Arts Scholarship have supported him financially during his studies.

In 2020, Stefan joined the Malta School of Music staff and also Teatru Salesjan to support young musicians in their musical education and shares his experience to keep classical music in Malta active.

Desirée Calleja (Quintano) began her musical studies with Mario Psaila at the age of five later obtaining the Licentiate of the Royal School of Music (LRSM) through the direction of Peter Flanagan. Desirée recently completed her post-graduate studies (MMus) as a Trinity Laban Scholar at Trinity Laban Conservatoire of Music and Dance in London under the guidance of prominent cellists Naomi Butterworth and Richard Markson.  She participated in masterclasses led by lagoba Fanlo, Leonid Gorokhov, Narek Hakhnazaryan, Alison McGillivray, Alan Rafferty, Will Schofield, Peter Stark and David Watkin to name a few.

As a chamber musician, she won the 2019 John Barbirolli competition with her Malkonia String Quartet and was also finalist with the Attacca Piano Quartet in the prestigious 2020 Carne Trust Chamber Competition. During her time studying in London, Desirée was a recipient of the Philip Carne Mentorship scheme for chamber music with the renowned Carducci Quartet & Linos Trio. She also performed in notable venues with her chamber groups such as the Wigmore Hall.

Desirée was given the Bibby Award by the worshipful Company of Cutlers for 2018/19 in the UK. She is very grateful for being generously supported by the BOV Joseph Calleja Foundation, Janatha Stubbs Foundation, The Malta Philharmonic Orchestra Scholarship Scheme and The Henry Wood Accommodation Trust.

She also graduated with Bachelor of Arts in History of Art and Maltese in 2015 and Master of Arts in Baroque Studies in 2016 at the University of Malta. Currently Desirée plays with the Malta Philharmonic Orchestra and she’s a keen chamber musician who performs regularly with Deste Piano Trio which is formed by her husband Stefan Calleja on violin and her mother Stephanie Quintano on piano. Since 2020 Desirée teaches cello and tutor chamber groups at the Malta School of Music and at the Teatru Salesjan.

Stephanie Quintano started her music studies at a young age obtaining the LRSM and FTCL Diplomas in piano performance in 1982. Stephanie proceeded to London for tuition at the Royal Academy of Music under Professor Alexander Kelly. In 1985, Stephanie participated in the Enna International Piano Festival in Sicily. At St. John’s Co-Cathedral, Stephanie was the soloist in Carmelo Pace’s Meditazione for Piano and Orchestra, together with the Antonio Scontrino Conservatory Orchestra of Trapani, Sicily. To her credit one may also include her performances of Piano Concertos by Grieg, Mozart, Beethoven, Carmelo Pace and Mendelssohn. She also played in Germany where she accompanied her brother, violinist Carmine Lauri, during a recital at Adenau. More recently Stephanie performed with her son, violinist Augusto, at the E.C.U.M.E. meeting in Salonica, Greece. She currently gives public recitals together with Deste piano trio formed by her daughter, cellist Desirée, and violinist Stefan Calleja.

A Harp Concert by Noelia Cotuna 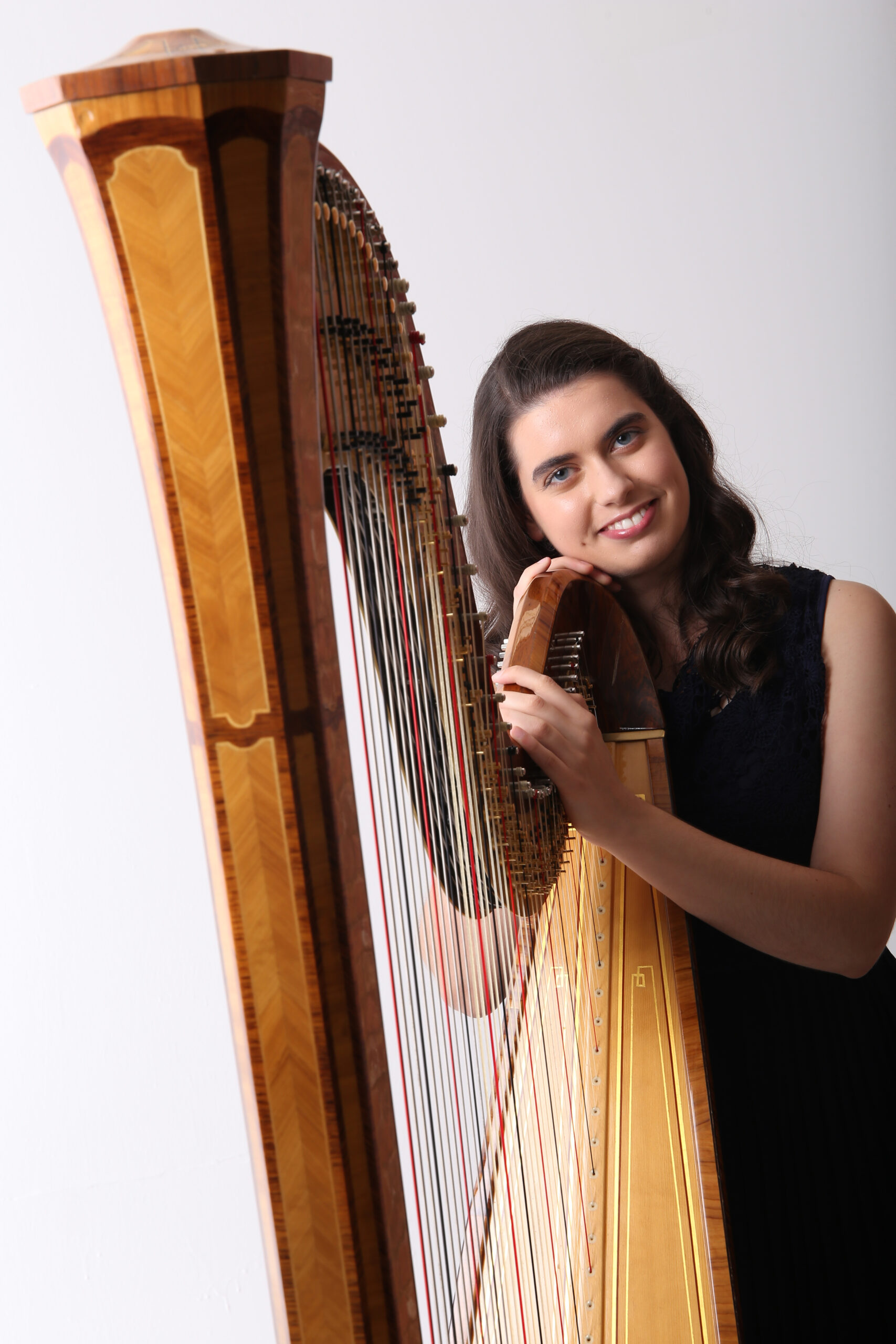 Since August 2019, Noelia has been a member of the Karajan Academy of the Berliner
Philharmoniker, where she currently works under the guidance of harpist Marie-Pierre
Langlamet. An experienced orchestral player, she has performed and toured extensively underthe baton of renowned conductors such as Kirill Petrenko, Sir Simon Rattle, Daniel Barenboim, Zubin Mehta and Daniel Harding, amongst others. Noelia is also in high demand as a soloist and chamber musician, performing frequently with various ensembles around Europe. She has appeared at the Philharmonie in Berlin, Cadogan Hall in London, and the National Auditorium of Music in Madrid.

Born in Spain, Noelia started learning the harp at the age of six and between 2008 and 2016 was
a student of Ana Martínez at the Professional Conservatoire of Music of Valencia. She holds a first class Bachelor in Music from the Trinity Laban Conservatoire of Music and Dance in London, where she studied with Prof. Gabriella Dall’Olio and Frances Kelly as a Trinity College London Scholar.
Her most recent awards include the Director’s Prize of Excellence in Strings and Certificate of Excellence Prize for 2019/20 from Trinity Laban, and the Musician’s Company Silver Medal 2020.
Noelia is currently studying for her Masters at the Universität der Künste in Berlin, with harpist Marion Ravo

You can watch a recording of the 2nd concert from our

by clicking on the link below 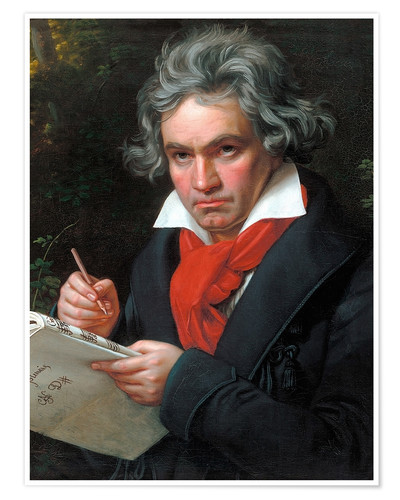 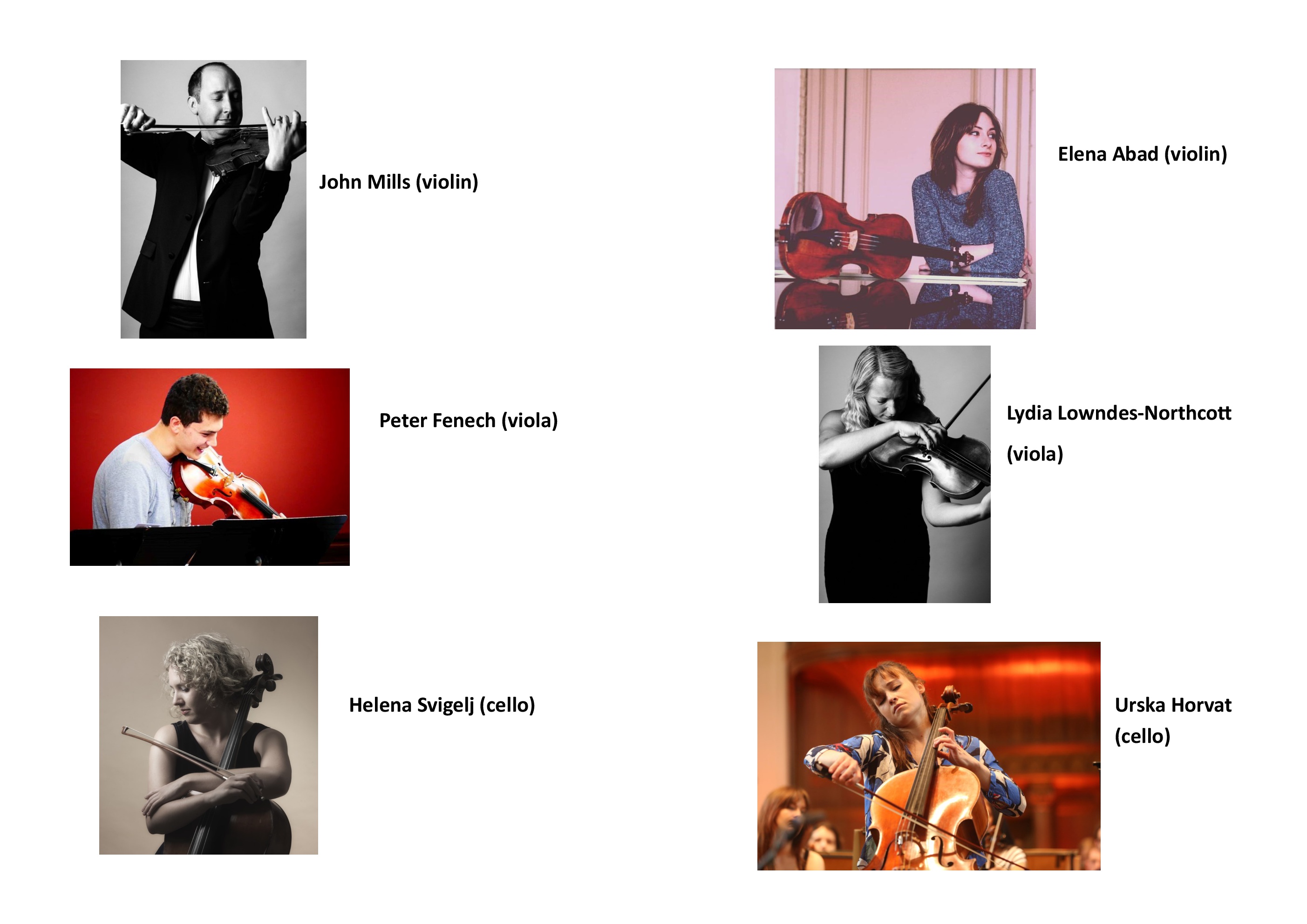 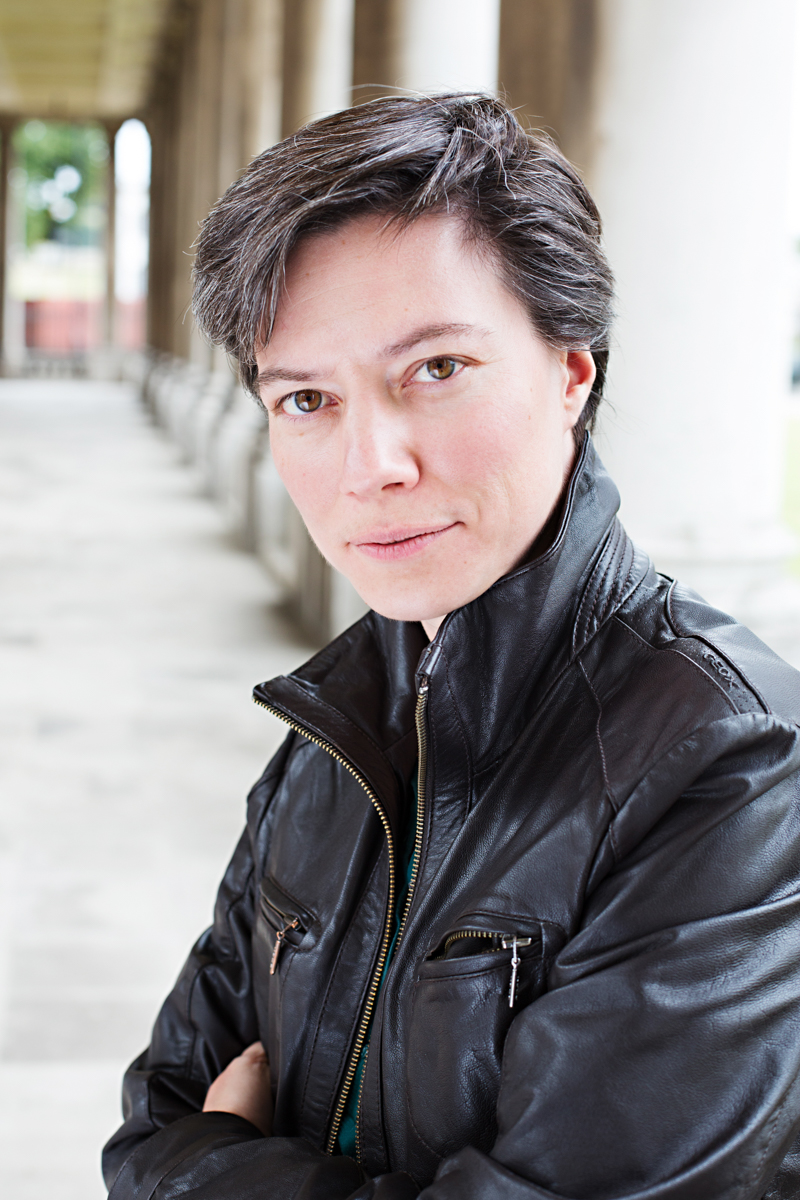 We are very grateful to our sponsors without whom this Festival would not have been possible.

with the participation of